The United States is home to dozens of kinds of native stink bugs. They are not the problem. A new species arrived from Asia sometime in the late 1990s. It’s called the brown marmorated stink bug, or BMSB, and it is new to Wisconsin in the last couple of years.

Stink Bugs will enter structures in the fall, seeking winter shelter. Once the Stink Bugs have become established in the home, there aren't a lot of treatment options. If stink bugs have already found an entryway, use a vacuum cleaner to eliminate live and dead bugs. However, empty the vacuum cleaner or dispose of the bag immediately to prevent their odor from permeating in the area. Seal contents from the vacuum in a plastic bag and dispose of it with your normal garbage. Some have compared the odor to rotting almonds, rotting coconuts or rancid cinnamon.

It is important to consider prevention strategies before these pests invade your home.

To be effective, barrier treatments should be applied before the bugs enter buildings over winter. In Wisconsin, the proper timing for such treatments is typically late-September thru the end of October although this will vary with seasonal conditions. 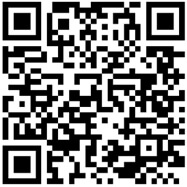